On 30 November, soldiers from C and HQ Sqns met at Henley Park, Ash Ranges to develop their combat marksmanship skills as they trial for the regimental shooting team in 2014.  A bright but dry and chilly day made for good conditions on the range and firers were able to test their skills at 300 metres with a  fresh wind. The morning began with a quick group and zero followed by confirmation at 300m, with details taking turns to fire and observe fall of shot with the help of spotting discs. This was a valuable exercise as few had previously had opportunity to fine tune points of aim like this, which is crucial for longer range shooting at 400m and 500m in competitions.

With no stop for lunch, we moved onto selected practices from competition matches, between 50m-300m firing at electronic targets. (Henley is a converted gallery range allowing for targets in frames and electronic targets controlled from a console). Starting at 300m and moving forward, shooters were tested in the prone, fire trench, kneeling, squatting, standing and sitting positions. After a first practice of these positions and ranges, it was decided to introduce some competition with a second practice for scores.  C Sqn were valiant in their efforts, with much concentration and Sgt Stallard scoring the high score of today of 64 out of 88. But HQ Sqn, assisted by a slight advantage in that their weapons were all fitted with SUSAT (C Sqn with Iron Sight) were slightly better on scores. However, C Sqn were magnanimous in defeat and were comforted by the knowledge that it takes a better shot to score highly with iron sight and the benefits would be reaped later with the transition to SUSAT.

We were joined during the day by the Commanding Officer, Regimental 2ic and Regimental Corporal Major. A thoroughly enjoyed shoot for all and promising start to the 2014 regimental shooting team. We all look forward to the next day on the ranges on 8 February. 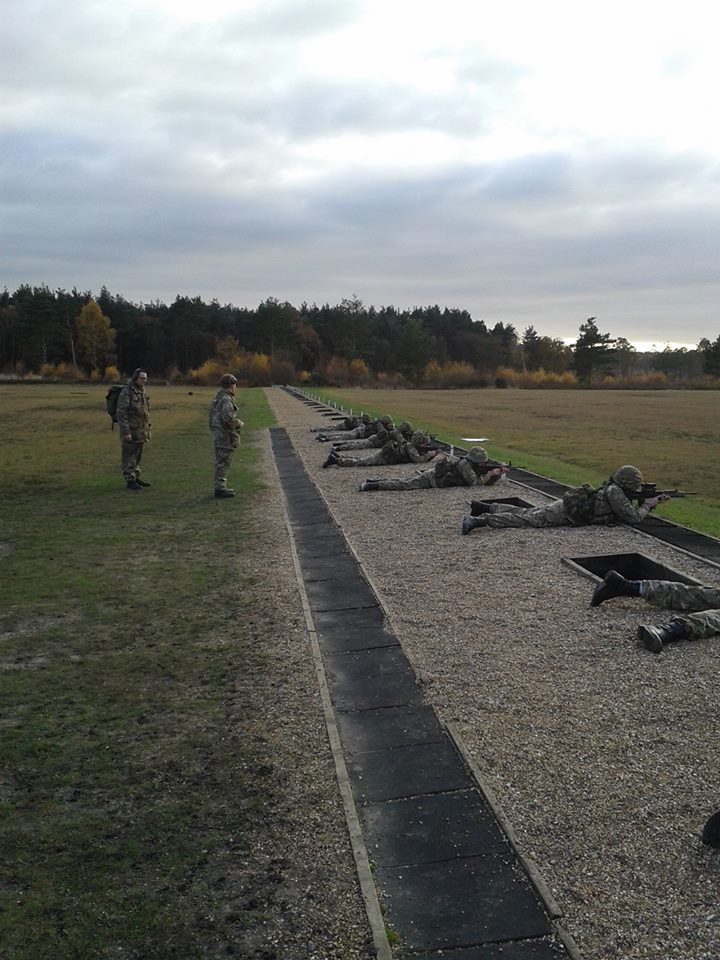