The Sharpshooters' Guidon, which is carried on major ceremonial occasions, was presented by HRH Princess Alexandra on 13th July 1963. Although the Kent Yeomanry had Guidons in the early 19th century, Yeomanry Regiments in the Light Cavalry role had not carried them since then and this was the first Guidon carried by the Sharpshooters. 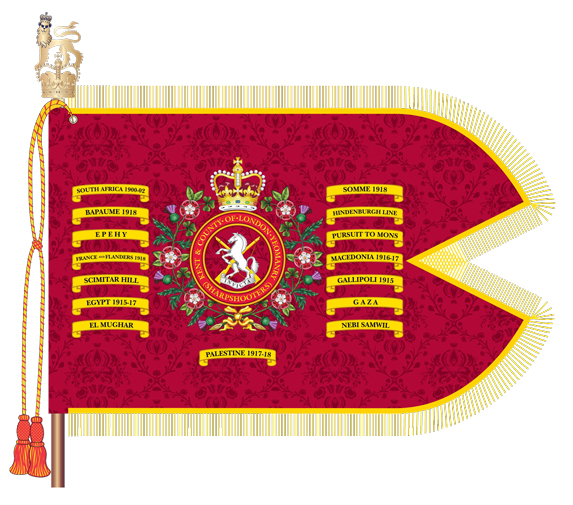 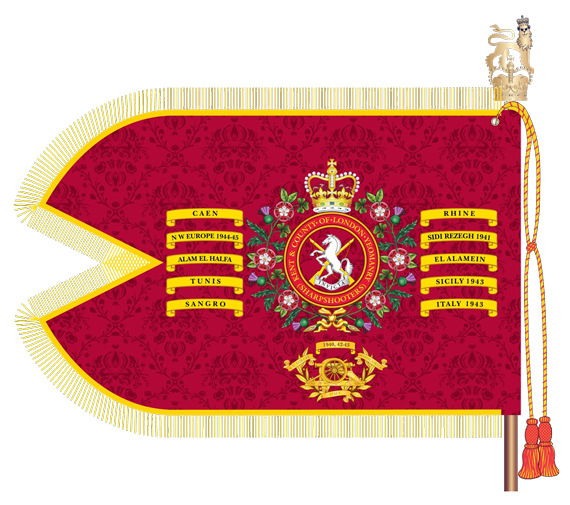 The word "Guidon" is derived from the French "Guydhomme" or "Guide-man" and was the banner carried by the leader of a body of cavalry.

In the Middle Ages it was a variation of the pennon, which was a purely personal flag and, heraldically speaking, inferior to the Standard.

It first appears in the British Army in 1661, when the Household Cavalry carried both Standards and Guidons. In 1685, as a result of the ill-fated Monmouth rebellion, seven Regiments of Horse, now known as Dragoon Guards, were raised, and those Regiments carried Standards. At the same time a number of Regiments of Dragoons were either raised or augmented from troops raised earlier. At this time Dragoons were not considered as Cavalry only, but as a flexible arm which could operate mounted or dismounted. They were therefore considered junior to the Regiments of Horse, who by reason of their body armour and cumbersome equipment, were unable to fight dismounted. It is probable, therefore, that initially Dragoons were given Guidons so that on the battlefield the commander could easily distinguish them from Regiments of Horse.

When Yeomanry Regiments were raised in the 1970s, they also adopted Guidons, and a Guidon of the West Kent Yeomanry dating from before 1800 is still in possession of the Regiment.

During the Napoleonic Wars the Regiments of Light Cavalry, by reason of their role, tended to carry the Guidons less and less until, in 1834, it was ordered that Hussar and Lancer Regiments should no longer carry Guidons. In the Yeomanry the choice was more arbitrary, but at the end of the nineteenth century the only Yeomanry Regiments still carrying Guidons were those uniformed as Dragoons.

In 1956 the War Office authorised Guidons for the Hussar, Lancer and Yeomanry Regiments as a means of displaying battle honours and distinctions.

Read the latest news from the Museum 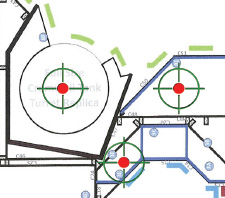